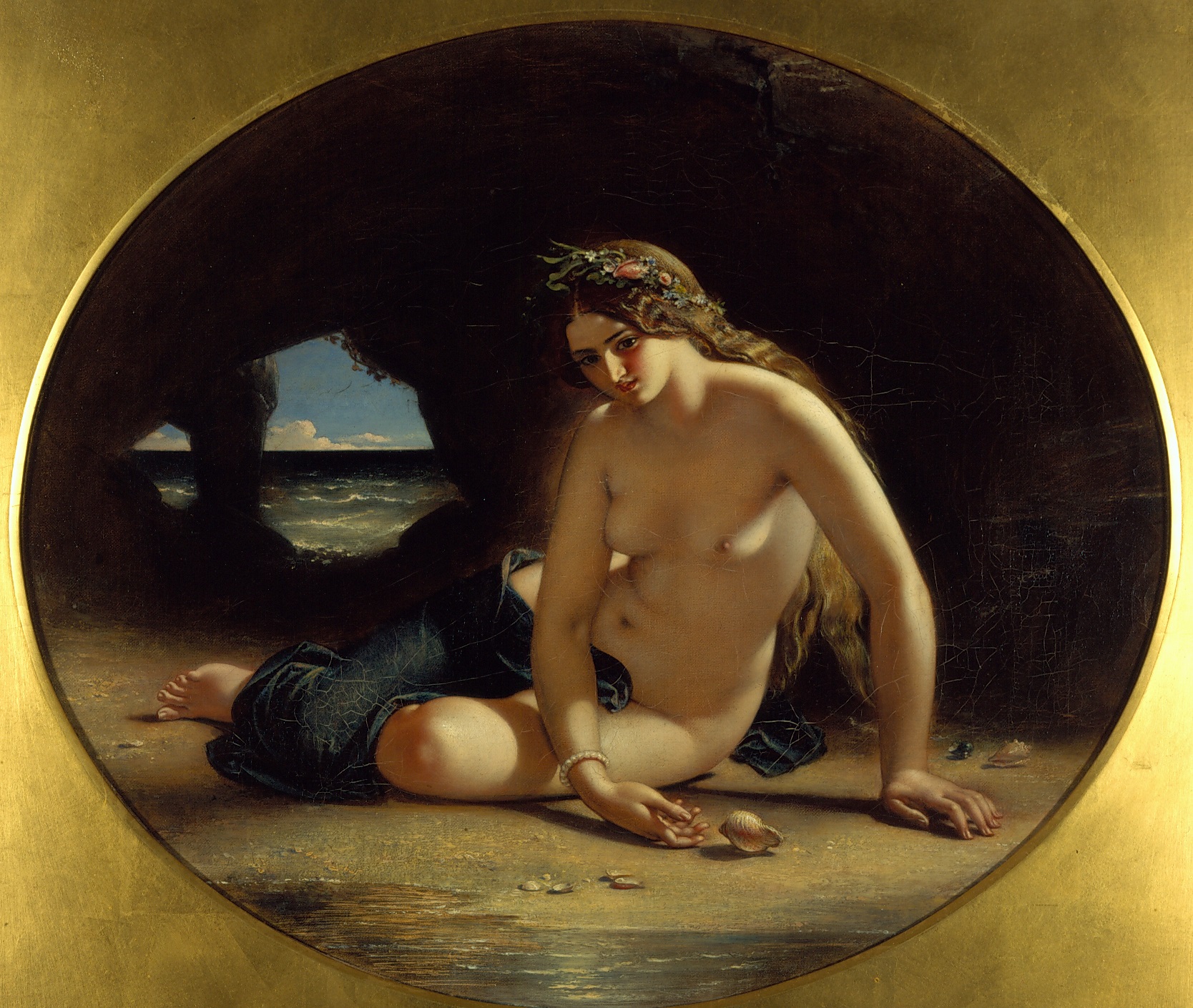 The nineteenth century saw the rise of the seaside as a place of leisure. The depiction of the classical nude by the sea also became popular among British nineteenth-century artists with William Etty being the strongest proponent of this style. Although he was besieged by criticism, his subjects were imitated by followers. Frost was the most important follower of Etty and, like him, dedicated himself to the nude. Etty worked with a rapid brushstroke while Frost painted with care and deliberation. The Sea Cave was well received when first exhibited at the British Institution in 1851.

The painting was exhibited with lines of verse by the English poet, dramatist and radical politician Thomas Doubleday (1790-1870) that characterise the idyllic scene: Some sea-born maid, who here, with her green tresses disarrayed, Mid the clear bath unfearing and secure. It was felt that naming the poetic source of his paintings legitimised his depictions of the nude. Merton admired this painting of a sensual sea nymph which he bought in 1891 describing it as: ‘one of his finest and best-known works.’

Frost studied at the Royal Academy Schools and exhibited there from 1843. He was elected a Royal Academician in 1870. Frost enjoyed considerable success during his lifetime and his creations were extremely popular in the form of prints and engravings. He painted commissions of mythological subjects for Queen Victoria.