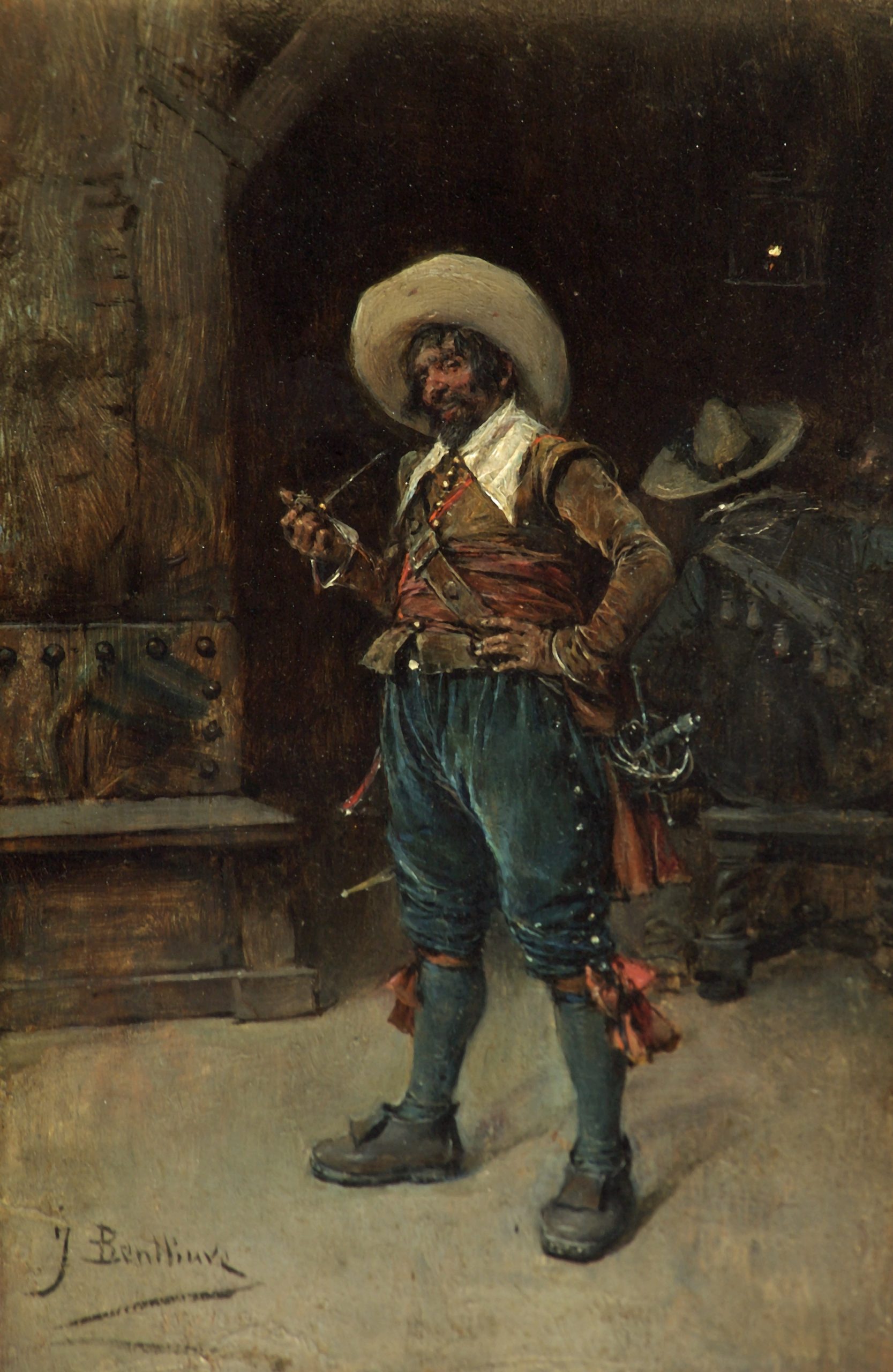 José Benlliure y Gil was one of the most successful Spanish painters of his day. He trained at the Academy in Valencia, and after living in Madrid, he moved to Italy where he resided between Rome and Assisi from 1879 to 1912. He was director of the Spanish Academy in Rome from 1903 and exhibited throughout Europe and in South America, being honoured with numerous awards. Despite gaining critical success as an innovator for his grandiose historical scenes with symbolist content, inspired by his friend Domenico Morelli, he remained a prolific painter of anecdotal scenes typical of commercial genre painting. These included Spanish costume subjects, tavern scenes with picturesque ‘cavaliers’ mostly set in the seventeenth century, and oriental subjects which show the influence of his compatriot Mariano Fortuny (1838-1874). The Russell-Cotes painting The Smoker is a typical example of such work produced throughout his career. This small cabinet picture shows a selfsatisfied buccaneer type, hand on hip, legs apart, sword slung over his shoulder as he enjoys a pipe. His breeches are viridian and his sash and garters tawny red. His wide white shirt collars draw attention to his bearded face. Behind him, hidden by the gloom, are a crudely carved wooden chair and chest draped with garments, above which, in the manner of seventeenth-century Dutch genre painting, hangs a caged canary, alluding here to the subject’s bondage to the narcotic of his pipe.