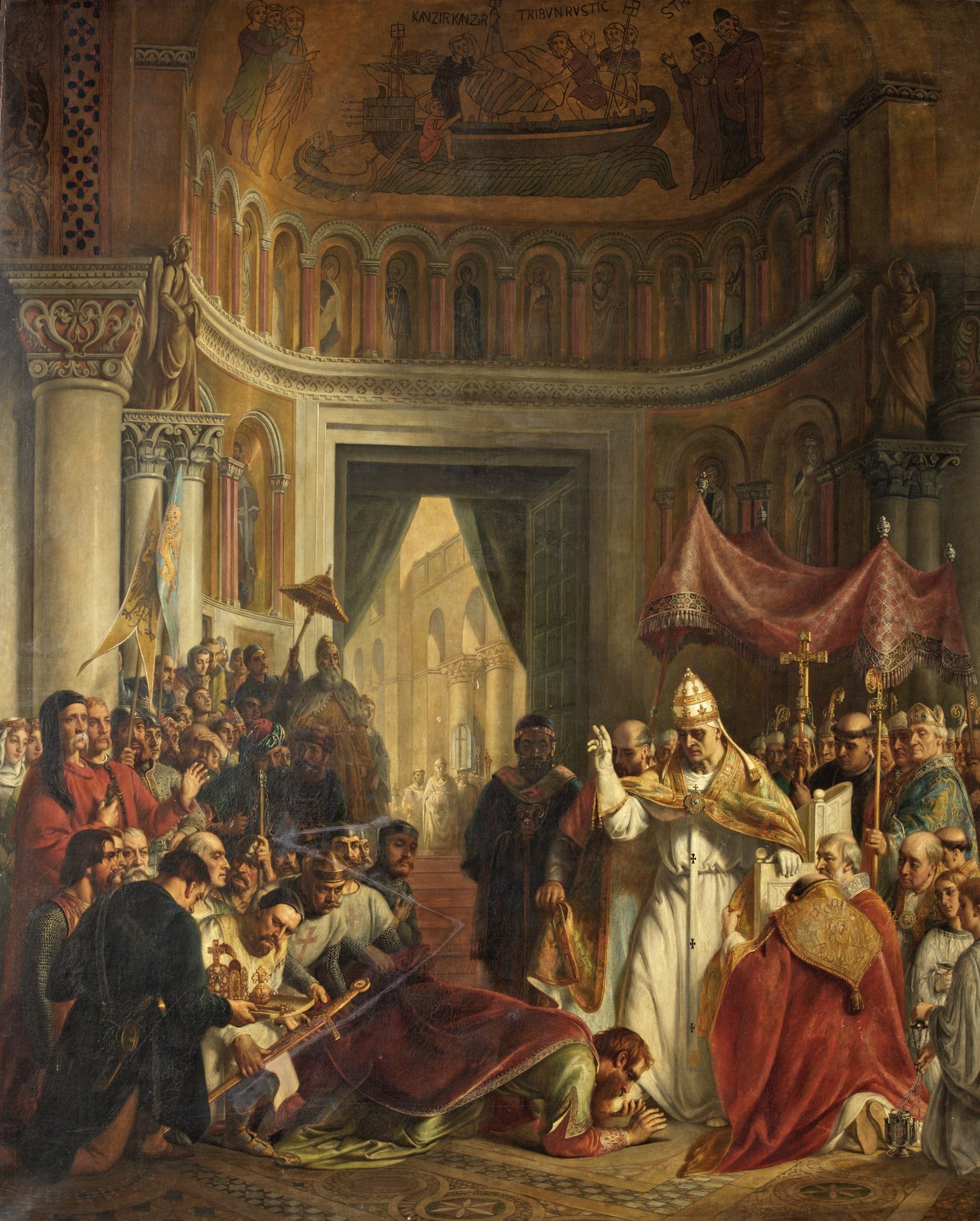 The Submission of Emperor Barbarossa to Pope Alexander the Third

The Submission of Emperor Barbarossa to Pope Alexander the Third

Frederick I (nicknamed Barbarossa or Red Beard) reigned a Holy Roman Emperor from 1155 to 1190. A gifted leader, he sought to restore glory to the German Kingdom. During his reign he undertook six campaigns in Italy and attempted to set up his own Pope. These actions led Pope Alexander III to excommunicate him. This painting is set in Venice, 1177, following Barbarossa’s heavy defeat in Milan. He is shown kneeling at the feet of Pope Alexander, submitting to his mercy.

Soloman Hart was born in Plymouth in 1806, the son of a Jewish goldsmith. On 15th August 1823, he became a student of the Royal Academy which began an important association that lasted his entire career. He was elected an Associate Royal Academian in 1835 and a full Academian in 1840. He then became Professor of Painting at the Royal Academy in 1854 until 1864, and then remained there as a Librarian until his death in 1881. His important role within the Academy is a reflection of the regard that his work commanded, and as primarily a history painter, his work was deemed of the highest status.