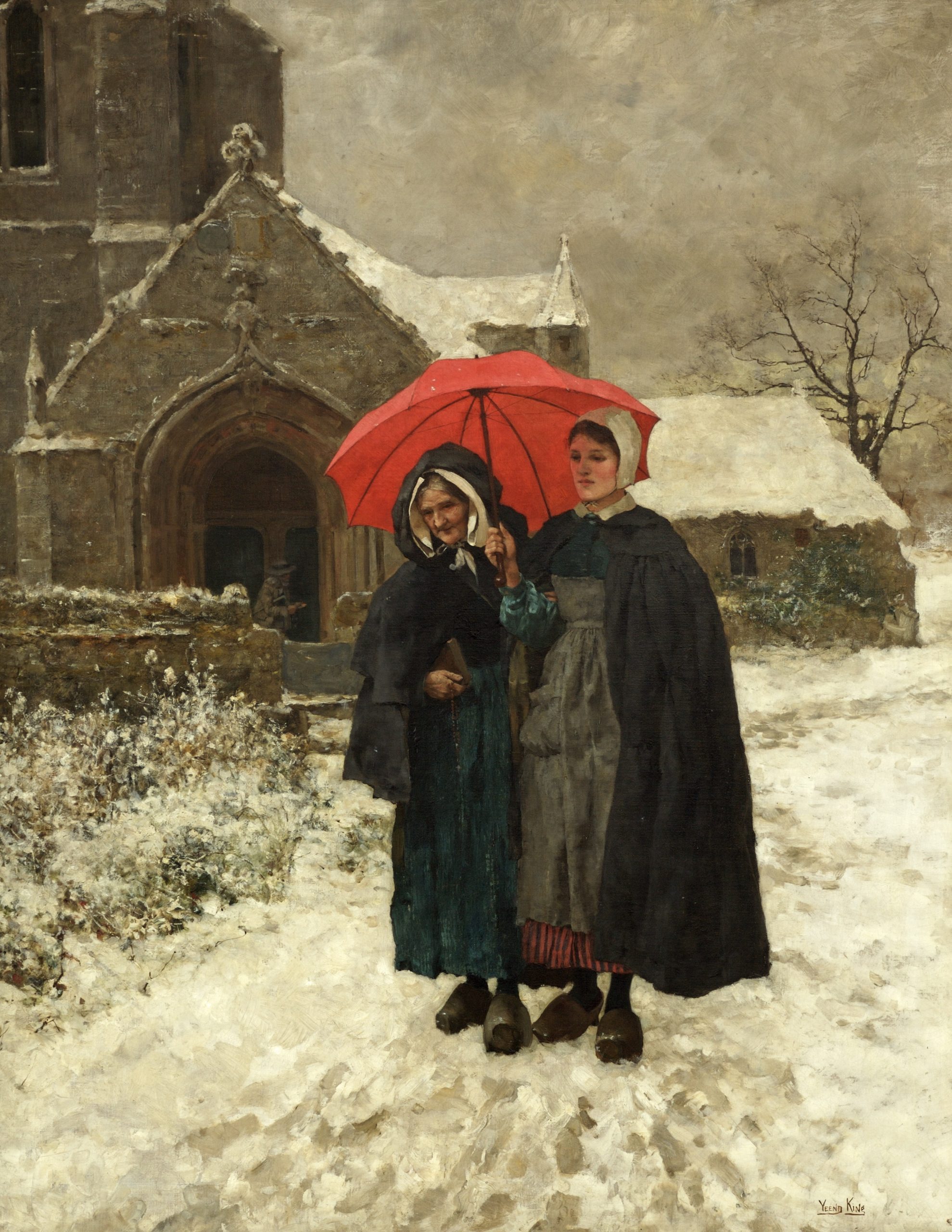 The title of this painting refers to the age of the older lady, being helped along by someone younger. The Bible, Psalm 90, verse 10, says “The days of our life are three score years and ten”. A ‘score’ meant twenty, so this subject has reached the nominal end of her lifespan; she has reached a good age. Henry King was best known for his scenes of rustic farms and young women strolling in the countryside. The women here are wearing clogs, widely used footwear at this period, and sturdy protection against the snow. The artist was influenced by Impressionism, but as in this painting his works were notably more restrained, detailed and realistic. The scene of a snowy winter’s day contrasts with the bright red umbrella which draws your attention to the figures.

Henry John Yeend King was an important Victorian rustic genre and landscape artist. Born in London on August 21, 1855 King went on to study as a glass painter, later travelling to Paris to study under Leion Joseph Florentine Bonnat and Fernand Cormon, both Professors at the School of Beaux-Arts, where he learnt Impressionist technique.

Yeend King lived in London for most of his life and travelled extensively throughout England and France. His specialty was scenes of rustic genre and the countryside – almost never showing the heavily industrialized cities. His paintings depict pretty farm girls (often using his own daughter as a model) at work in the fields or on the farm, or women at rest in tranquil landscapes or cottage gardens. His works are in the collections of the Manchester Art Gallery, the New Walk Museum and Art Gallery in Leicester, and the Brampton Museum in Newcastle-under-Lyme, among others.