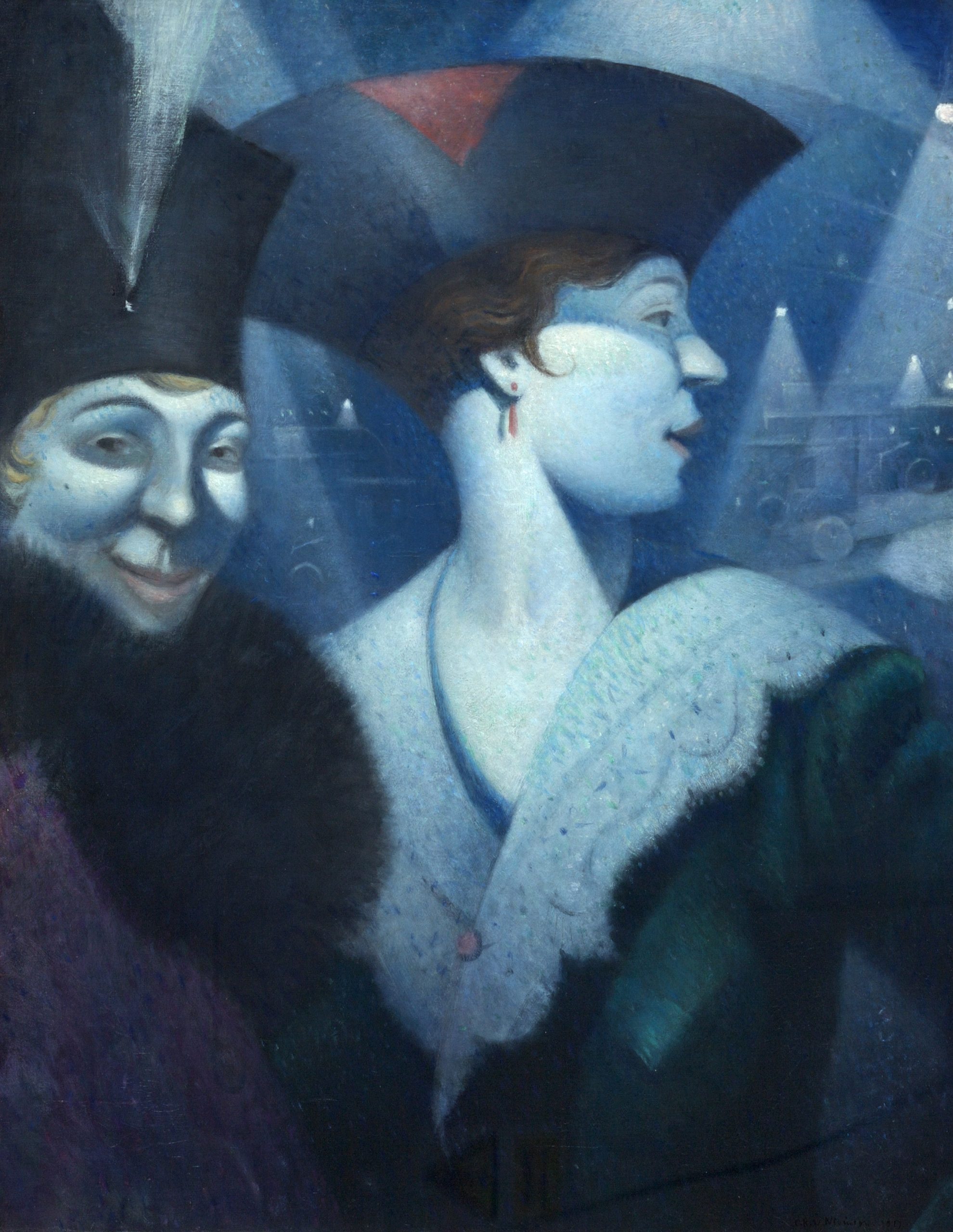 The artist Christopher Nevinson was a pacifist who worked as an ambulance driver in World War I. He was profoundly affected by his wartime experiences and translated them into extremely powerful paintings. This one shows two figures, perhaps a mother and daughter, dressed in their finery for a grand social event, but with mask-like facial features. The story is the title of the work ‘War Profiteers’. It is depicted in a style which is clearly critical of the women, who, far from suffering the devastation wreaked by the war, have stood to make money in some unstated way. Perhaps the shades of blue used serve to emphasise their cold attitude.

The painting was first purchased from the artist by General Sir Ian Hamilton, who is best known for commanding the ill-fated Mediterranean Expeditionary Force during the Battle of Gallipoli during the First World War. The painting was gifted to the Russell-Cotes by the Contemporary Art Society in 1940.