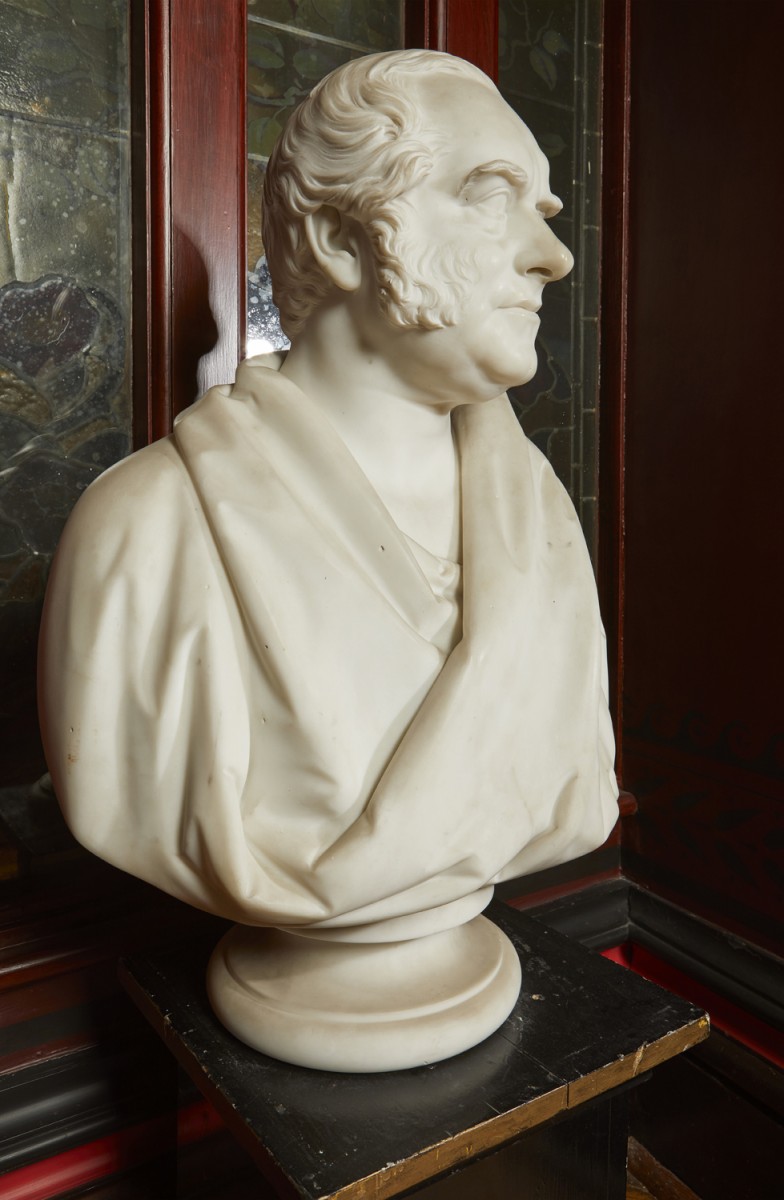 Joseph Durham worked in the studio of Edward Hodges Baily, whose sculpture of Lord George Bentinck can also be viewed in the Main Hall. His subject here is William Henry Smith (1825 – 1891), the driving force behind the famous newsagent and stationer’s W. H. Smith. He was brought into the partnership of W H Smith which his father (also William Henry) and uncle had inherited from their mother. It was William Henry Junior who promoted the first W. H. Smith railway bookstall at Euston in 1848. In 1850 the firm opened depots in Birmingham, Manchester and Liverpool. It also ran a circulating library service from 1860 to 1961, and a publishing business based at the Steam Press, Cirencester.

The younger W. H. Smith used the success of the firm as a springboard into politics, becoming an MP in 1868 and serving as a minister in several Conservative governments. He rose to the position of First Lord of the Treasury, Leader of the House of Commons, and First Lord of the Admiralty. Because of his lack of naval experience, he was perceived as a model for the character Sir Joseph Porter in H.M.S. Pinafore.

The business stayed as a family firm until 1928.

Joseph Durham (1814-1877) worked in the studio of E.H.Baily and first exhibited at the Royal Academy in 1835 and was associated with the pre-Raphaelites. Durham exhibited no less than 128 works at the Royal Academy between 1835 and 1878, the last being shown after his death. He was made Associate of the Academy in 1868 and died in London after a long illness in 1877. 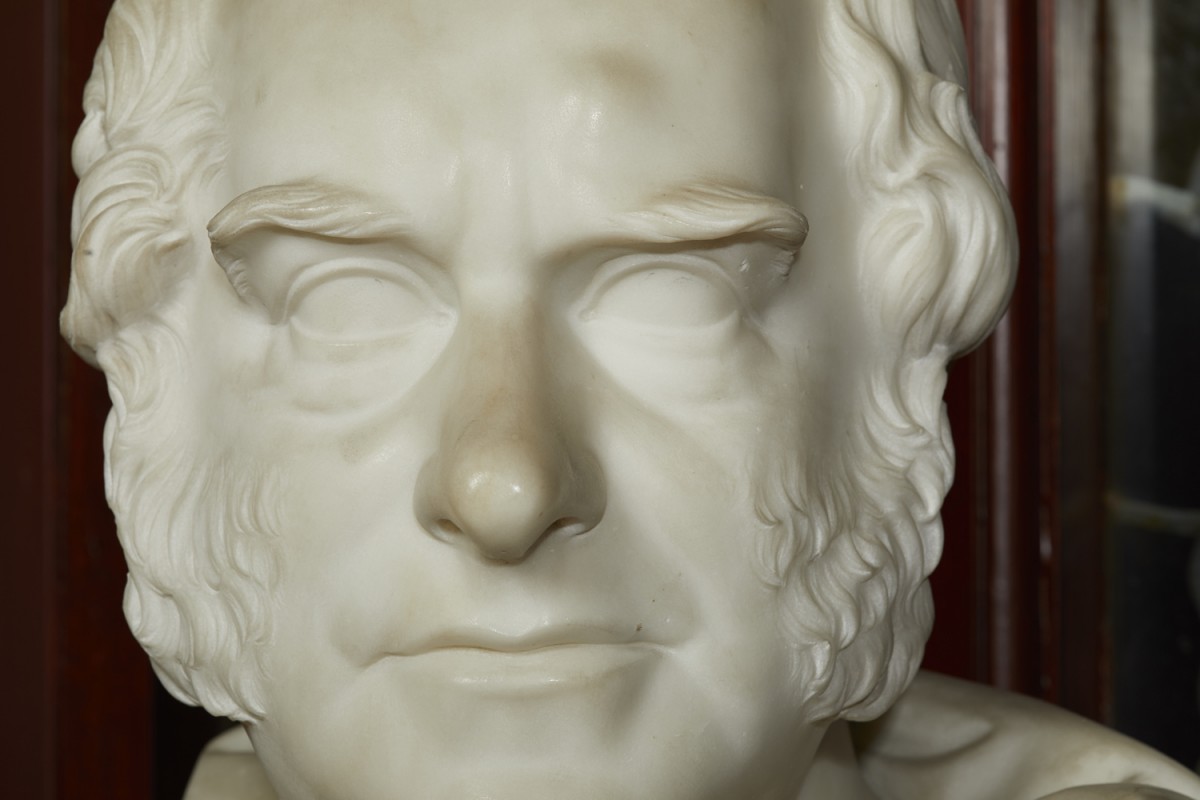 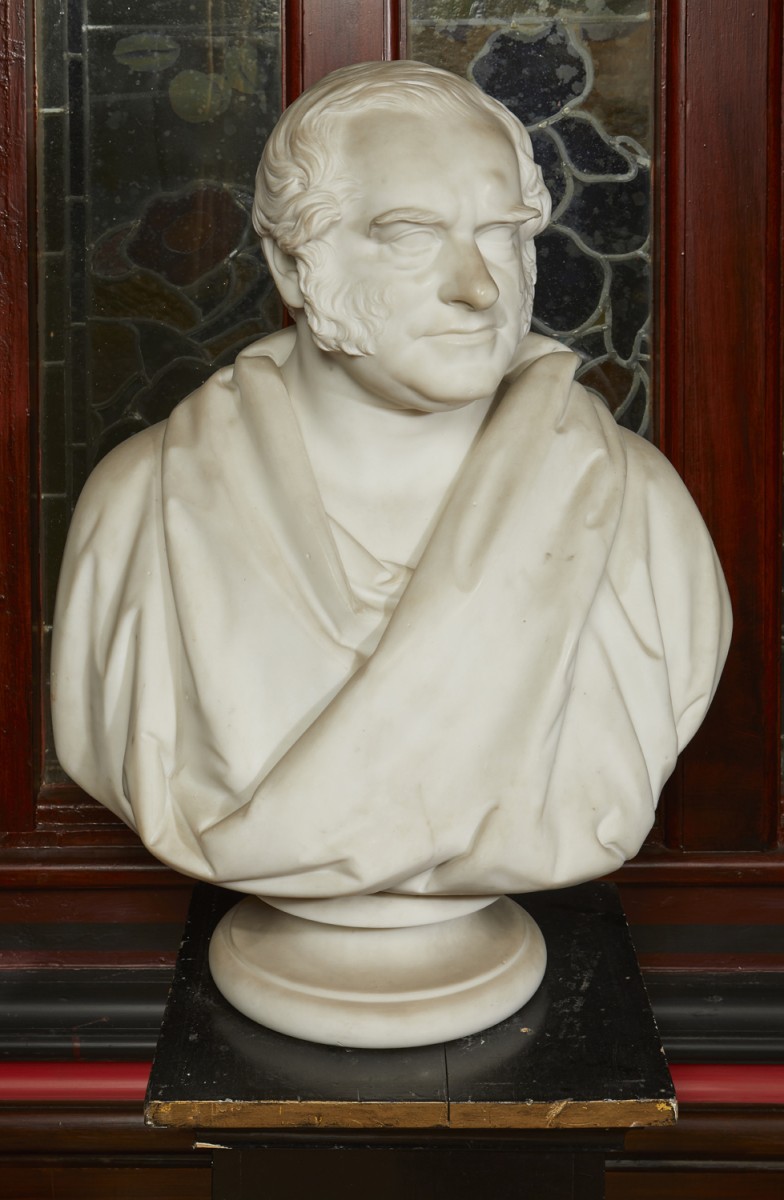