CLOSED: 19th March - 31st May. Following latest advice we are sad to announce our temporary closure. Please check back for updates.

Artworks from Southampton City Art Gallery and The Russell-Cotes have been joined by masterpieces from national collections including Tate Britain, the Victoria and Albert Museum and the Royal Academy, in an exhibition highlighting the importance of the Pre-Raphaelite movement and its influence on artistic developments including Realism, Aestheticism, Symbolism and Art Nouveau.

Beyond the Brotherhood: The Pre-Raphaelite Legacy is supported by the Weston Loan Programme with Art Fund, and brings together stunning images from across the decades. It illustrates how Pre-Raphaelitism lives on in contemporary art and culture, as seen in fantasy illustration and films such as the incredible imagery of the Lord of the Rings and Game of Thrones.

Get unlimited access to the historic house and all our exhibitions for 12 months by becoming a Friend of the Russell-Cotes here. 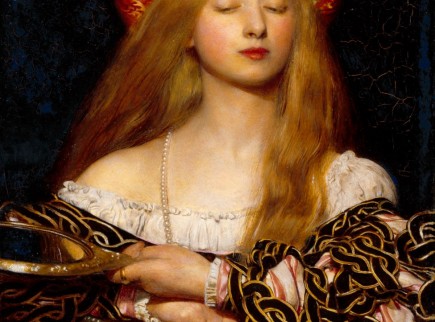