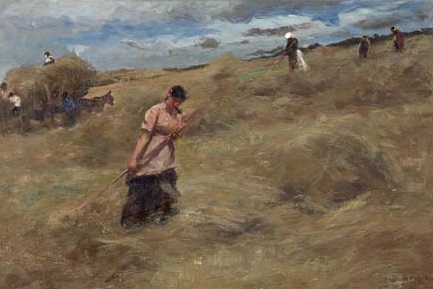 Joshua Anderson Hague (1850-1916) was a landscape painter and watercolourist who specialised in quiet pastoral scenes. He was born in Rusholme, Manchester, and at 16 he joined the Manchester School of Art and studied under its Head, Mr Buckley.

Hague became the leader of a group of young artists known as the ‘Manchester School’. Nearly all these artists had been trained at the Manchester Academy of Fine Art and they met at the Manchester studio of the self-taught Joseph Knight (1837-1909) in the early 1870’s.